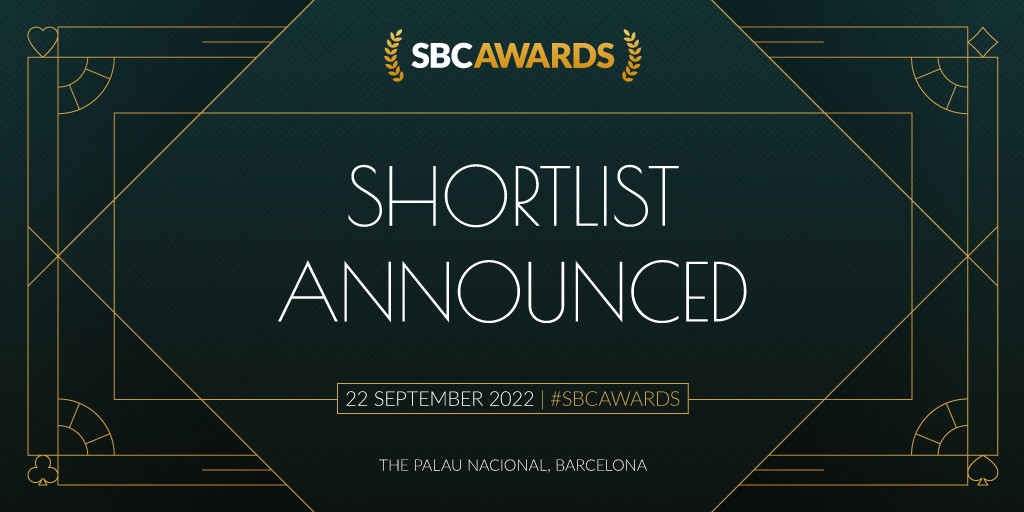 SBC is excited to announce that the shortlists for this year’s SBC Awards 2022 ceremony, taking place as part of the SBC Summit Barcelona in September, have now been decided.

The shortlists cap a successful year for Betsson Group, which leads the way with nine nominations, hoping to maintain the Casino Operator of the Year title and dethrone Bet365 in the prestigious Sportsbook of the Year category.

The two companies will be joined by FanDuel Group, Kaizen Gaming, LeoVegas Group, Novibet, Sportsbet.io, 10bet, Codere, and Vbet in their battle for the Sportsbook of the Year trophy.

1000 guests can look forward to the SBC Awards 2022, recognising the achievements of operators, affiliates and suppliers from across all the major industry disciplines. The ninth edition of the awards attracted a record number of entries, giving the independent judging panel a tough task of shortlisting
for the 45 categories.

Despite the awards being traditionally held in London, for the first time ever, the winners will be announced at a lavish ceremony at the Palau Nacional on Thursday, 22 September 2022, during the final day of the SBC Summit Barcelona.

This year’s ceremony will also honour the best Northern, Southern, Eastern, and Western European Operator of the Year, with Betsson Group competing for both the Northern and the Western European titles.

Among the suppliers, BetConstruct and Sportradar have amassed seven nominations each, while Pragmatic Play and Stats Perform have five.

Rasmus Sojmark, CEO & Founder of SBC, said: “We keep receiving fantastic entries year after year. The judges had an incredibly tough job due to the high level of competition, but we are glad to finally announce and congratulate the companies that made it onto the shortlists.”

He added: “Regardless of who will triumph in each of the 45 categories, all the shortlisted companies should be proud of the innovation and the creativity their teams have displayed, taking our industry to new heights.”

To view the shortlists for all of the awards, please click here.

For information about booking tables or sponsorship opportunities at the SBC Awards 2022 ceremony, please contact sales@sbcgaming.com

We use cookies on our websites. You are free to manage this via your browser setting at any time. To learn more about how we use cookies, and how we store, process and protect your personal information, please see our cookie policy.